As you get older, sexuality doesn't go away,
but it doesn't stay the same either.

In a study reported in the New England Journal of Medicine, in 2007,﻿ senior sex is described by many as positive and enjoyable, though not necessarily being the same as when they were younger.  Changes reported in how they viewed and experienced sexuality as they grew older provided opportunities to enjoy it in ways that fit their situations.

Fostering eroticism throughout your life cycle is addressed directly in the video below, though senior sex isn't the specific topic, it shouldn't be too hard to apply it to your own situation.


Normal aging brings some predictable physical and social changes that affect senior sex for both men and women, but not enjoying sex is not a natural result of aging


The National Institute on Aging reports that physiological changes that can affect sexual desire and enjoyment occur in both women and men as they get older.

For women this is likely to include her vagina:

But . . . experts say that "use it or lose it" definitely applies here and there are creams and exercises that can significantly limit these changes.  Ask your doctor.

For men there is likely to be:

But . . . "use it or lose it" also applies to the intricate plumbing/nerve systems that make erections happen, and anyway,  sex is not solely about your penis.  Buck up!  Get a bit more creative.

For both,   experiencing sexuality and eroticism may be affected by

Though these changes affect the mechanics, the environments, the forms, the images of sex,   the degree to which they make you nervous and upset can mess your enjoyment of your sexuality and cause you to miss the potentials to be had in exactly those changes. 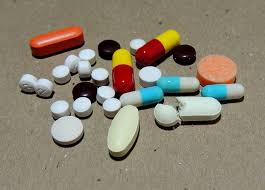 The list of possible contributors includes, but is not limited to

If you are experiencing difficulties adjusting to changes in sexuality, it is vital that you bring this up with your physician(s) making sure that they know that sex is important to you.  The Mayo Clinic has an excellent article Senior Sex: Tips for Older Men that might be a helpful starting point for planning what you want to do next.

If your doctor brushes you off and seems to assume that it's just an inevitable loss due to aging, find another doctor.  If he or she doesn't know much about what can be done to help, ask for a referral to one who does or do some research on your own.

Younger people, medical people included, often have an "ick factor" when it comes to senior sexuality.  As David Snarch, PhD, noted . . . most adults understand that they are here because their parents had sex, but the idea that they may have done it more than that time can be hard to get comfortable with.  Help them get over it.

Emotional issues are at least as important in sexuality for older people as for younger people.

Senior sex seems to add its own layer of emotional flash points to an already highly emotional part of life.

Your ability to be flexible in how you relate to your partner becomes more important than ever with the changes aging brings.   It's there to be had and strong relationships are where it happens.

To get more of the good stuff with your sexuality right now, take a look at this marriage building course presented by Dr. Robert Huizinga.  Click on the blue link for immediate access.

There are some obvious reasons such not being afraid of pregnancy, not having young children to take care of, more control of their schedules, etc.

Beyond that though, those who do say they enjoy senior sex often describe the very challenges that can make older people nervous, depressed, or avoidant when it comes to sex being the very things that forced them to find new solutions, new perspectives, new pleasures.

Some excellent examples and explanations of this can be found in Dr. Bernie Zilbergeld's book Sex & Love at Midlife: It's Better Than Ever which is worth reading if you're wondering about some "whats" and "hows" of creative senior sex.

It very well might be time to give yourself and your partner permission to explore some new ways for each of you to experience your sexuality.