As you get older, the chance of being in one does not really go down as much as one might think, (hope).

It may seem unlikely that there would even be abusive relationships over 50.  Don't people mellow as they age?  Apparently "older but wiser" doesn't apply to too many dysfunctional couples' interactions.

While every couple and every situation is different, experts describe a predictable progression in domestic violence. 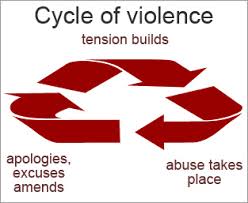 First, there is what they call "pre-battering violence" that is a serious warning sign that more trouble is ahead and it includes:

Then it increases in stages including

The very first signs of pre-battering abuse must be taken seriously because of the very high liklihood of escalation.  It's also the time when corrective actions are most likely to work.

Now that you are old enough to have adult children, it is very possible to be treated abusively by them,  especially in the verbal/emotional realm.

Being in an abusive relationship your own children can be particularly confusing and hurtful to the degree that it is almost impossible to see it for what it is when it is happening.

As unimaginable as this might seem, remember that elder abuse laws are in place because there is a need for them.  There are professionals in law enforcement and social services who are knowledgeable and skilled in this area who can help you assess your situation and take care of yourself.

If you feel like you are walking on eggshells, trying not to set the other person off, being careful, practically paranoid perhaps, about what you say and do around them, you probably should take steps to assess your risk.

If there is PHYSICAL ABUSE, if you or someone else is getting hurt, the very first thing that has to happen is for that to stop.No excuses. No reasons. No understanding. No "ifs" "ands" or "buts".

If that requires the partners to be physically separated, then that must happen.

Anything else you choose to do must follow from the abuse stopping.

Calling a domestic violence hotline and/or seeking supportive counseling especially aimed at dealing with abusive relationships is often needed to make this happen. It also can get you more information and other forms of needed support.

The person who is being abusive really has to do something, something quite difficult in fact, if there is to be real change.

It is very common for the abuser to feel sorry that they did it, to apologize, to say they'll never do it again (and to mean it). But unless they are willing to do the work to dig out the roots, it will be back.

Abusing another person grows out of trying to avoid bad feelings within oneself and is most often experienced by the abuser as simply defending himself, not letting other people push him around, ignore him, devalue him, etc. And if you are on the lookout for others doing this, you won't be disappointed.

The problem is that the resentment and anger is at best a short term fix. In the longer term, undealt with it becomes a disaster for everyone involved.

I think Einstein once said "Nothing happens until something moves." Apparently, saying you aren't going to do it again isn't enough movement enough.

Unless something is done with that deep inner hurt, you may tone it down, corral it, limit the number of occurrences, but there is unlikely to be lasting change. And you have to feel it to heal it.

Abusive relationships are classic lose-lose situations that only get worse as time goes on. 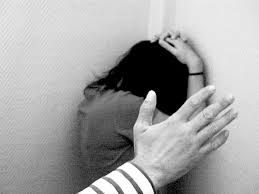 Followed to their ultimate conclusion, such relationships can end up with someone being dead or badly injured . . . and it isn't always the one who has been the victim over that time.

If a relationship has included abuse for some time, it is likely to continue on in a habitual form as the partners get older. This makes it no less serious or dangerous, but it can make it less likely to be reported or even identified by the partners as abuse.

A less common, but still possible, trigger of abuse may be basic changes in the structure of an ongoing relationship

Such things as your last child moving out, one or both of you retiring, one or both of you developing an alcohol problem or one partner being sick or disabled, especially if abusive behavior has been part of dysfunctional attempts to cope with stress in earlier years can start an abusive cycle.

If you are single, perhaps for the first time in a long time, as you meet and interact with people in new ways you are exposed to a risk that you may not be prepared for.

You can overlook the possibility of an abusive relationship because falling in love in one's 60's or 70's can be such a surprise that your better sense about things like healthy relationship boundaries are forgotten. It's not a reason to avoid all relationships, but it is important to give yourself time to weigh how you feel around this person in a variety of settings.

In any event, whether the issues described below lead to an abusive relationship or not, they definitely are signs that one or both of you is acting out of insecurity. Most likely the roots of that insecurity go far beyond your present relationship.

If you love each other and want to go forward in a positive way and build a healthy relationship , these very issues provide powerful opportunities to dig into these blocks to intimacy together and make your relationship better and better.

Done right, the process of addressing these strong emotional charges together becomes deeply rewarding and bonding. And, if either or both of you can’t or won’t take on this challenge, then you are seeing a big red flag warning you of danger ahead.

It isn't always easy for to see an abusive relationship coming, especially when it is something that you haven’t thought much about before. And, there is no one set of traits that predict who is likely to be abusive.

There are often behaviors and attitudes that can make potential violence and an abusive relationship easier to spot.

The following screening questions may be helpful:

These are screening questions. If the answer to any of them is "yes", you should learn more about the particular topic so that you can better assess what your answer means for yourself.

Take special note of that alcohol problems and an abusive relationships become intertwined.

If you still have any question about whether your relationship is abusive or not, you will probably find it helpful to call a domestic violence hotline and/or seek supportive counseling.

The U.S. Department of Justice offers a wealth of information and links to getting help where ever you live at  http://www.justice.gov/ovw/domestic-violence.

You may also want to share specific concerns with family and friends who you feel will understand and support you.

Just be aware that family and friends are often quite uncomfortable about getting involved in such a personal issue as abuse in relationships. Very likely they hold some fear that if they get involved and the two of you settle it, you both will be mad at them.

Return from Abusive Relationships Over 50 to Site Home Page