Finding out that your wife cheated, whether it is over or still going on, is described as extremely painful by most men who've been through it and very difficult to let go.

Mark Epstein, MD, a psychiatrist and author of ﻿Open to Desire: Embracing a Lust for Life

Still, as Dr. Epstein points out, affairs happen quite often and they don't necessarily have to mean the end of your relationship.  Be very careful about advice from family and friends on this topic.  They mean well, but they rarely have the perspective of specialists in the healing from affairs and even if they do they are unbiased.

In the end, whether knowing that your wife cheated leads to breaking apart your relationship or not has to up to you.

Whatever happens in that regard, dragging the hurt, the memories, the questions, the fears around the rest of your life is not something that you want to be doing.

Men's responses a likely to fall into one of three general categories, though there are mixes.

. . . but there is another possible avenue to take: a lot of listening and talking with her 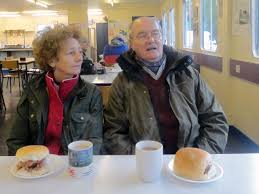 This path rests on a belief that there is a lesson in everything and those who take responsibility for themselves more often than not come out better than those who blame others or run away .

She has a perspective on the whole thing that is very unlikely to be the same as yours.  Click here to link to an article that discusses some recent work on what kinds of things may lead to a woman having an affair.

Since getting whatever positive value there may be in one member of a couple having had an affair can only happen when you really understand what happened, this involves the two people talking and listening with as open a mind as possible.

The three likely male reactions listed above do not lead to "talking and listening with an open mind."  The first order of business then is to stabilize.  Until you can manage your anger and hurt you're in no position to move forward healthy.

This often involves therapy with a therapist knowledgeable in these kinds of situations, but it is safe to say that most guys don't want to go that route unless they're desperate.  That's too bad, but what is is sometimes and you just have to go from there.

There are self-help first steps that can be quite positive

The video below talks about a simple program that has the potential to set you on the path to being able to do what you need to do to be able to move on one way or another.

If it sounds like something you'd like to do, go to their website to get the free seven step plan to getting yourself back on your feet and going again.  As with all of these programs check out the free information that they offer.  If that's helpful for you, go ahead and buy the full package.