Why Older Men Have Affairs

"Why?" is rarely a useful question in sorting out relationships problems. 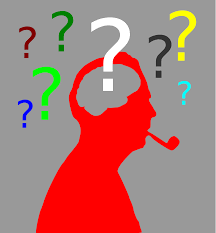 Asking why older men have affairs is a lot like asking why anyone does anything . . . the honest answer in most cases is "Who knows?"  That goes for trying to explain why people in relationships do all kinds of hurtful, ineffective things.

The problem is that so much of human behavior is automatic, based on experiences, beliefs, and assumptions that were filed away in the memory system long ago.   However, when asked a question, most people feel compelled to provide an answer.  (Sales people use this tactic regularly to get your attention and set you up to hear their solution to your problem.)

So, ask a question and you're likely to get some answer.  Ask a man why he had an affair and you're likely to hear how some situation or his partner made him do it.  Hence books with titles like: The Truth about Cheating: Why Men Stray and What You Can Do to Prevent It

Why older men have affairs should be
of most concern to older men, not their wives! 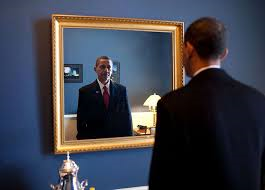 Unless, of course, you're reading this because the affair has already happened or is still it is in the best interest of everyone involved if you get yourself some stability and sanity as quickly as possible.

An excellent resource is Break Free From the Affair by Dr. Robert Huizenga.

Another from Dr. Huizinga that many find helpful is Save A Marriage Forever.

The Chicago sports writer of the 1930's, Grantland Rice, was not just talking about football when he wrote:

When you meet that great scorekeeper in the sky, he will ask you not if you won or lost, but how you played the game.

(That one has a place on every list of famous mis-quotes.)

Notice that the "common reasons" are all about emotional connection

Common reasons men give for affairs include -

Hmmm!  Does that sound like a gender-specific list to you?  It doesn't to me.  Oh sure, there are a guy's concerns about erectile functioning decline, disappointments in what you have achieved financially or career-wise,  but those things are matched in your partner in different ways.

What that list says is that YOU HAVE A PROBLEM and it's not going to be fixed by a new lover (not for long at least) or by your wife being nicer to you.

Feeling unloved and/or unlovable at times is part of the human condition.  How well did you do at dealing with that in a loving way with yourself and your partner is the true measure.

Keep your eye on yourself and your marriage

"You've got to ask the right question at the right time to get what you need.

What did Bill Clinton keep saying when he was running for president?  "It's the economy, stupid!"?

Well,  if you're married and you're hungry for love and appreciation, "It's you, stupid."  Start with yourself and work outward from there.

Openness to infidelity happens in tiny steps, but once you set foot on that slippery slope it's only a matter of time before one of you does something very hurtful to all involved.

You can find your own best approach to this via such things as:

Whatever you decide, do something to make yourself and your marriage better.

return from Why Older Men Have Affairs to Infidelity.