In the animal world social herding resulting from shared information can get your more to eat and/or make it less likely you will be eaten.

Social herding﻿ is inherent in the make up of a variety of living things.

What everybody knows in investing has been described as worse than useless.

Every investing idea has at least two sides.  You can't buy something unless someone else is willing to sell it.  So, necessarily, someone out there has decided to sell the very thing that you want to buy.

The idea in investing is to buy something that you think you are going to be able to sell for more later and maybe also get dividends along the way.  Buy low and sell high.  (Or in the reverse order, but that's another whole thing.)

If "everyone knows" that company XYZ is going to double in value, doesn't it stand to reason that the number of interested buyers is going to go up and sellers go down?  Supply and demand will drive the price higher as the perceived value of the company is lifted by the current story about it.

There is a huge industry whose job is to provide investors the current narrative of what is going to happen next.

There are magazines, newsletters, websites, television shows, blogs, chatrooms that are constantly seeking out your attention so that they can sell you something and they do that by promising to tell you where the next great thing is.

It's just like the social herding in a flock of birds watching all the other birds out the corners of their eyes to see what the next important bit of information is, a constant updating of the sense of risk and reward.

Innate social herding tendencies are what makes really being a contrarian investor so hard . . . and so lucrative for those who can do it. 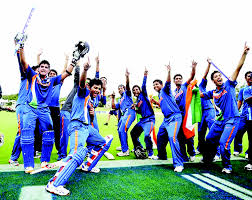 Being part of the herd is fun as long as it lasts.  It's built right into our nervous systems.  It literally feels good.  Breaking from the herd is uncomfortable.

Read all you want about Baron Rothschild talking about how he made his money by buying what no one else wanted at pennies on the dollar when there was blood in the streets, still it's really hard to break from the crowd and get into or out of a position early while everybody else is patting themselves on the back for their gains.

Being in the know, a member of the smart crowd can get intoxicating.  It can also numb you to the awareness that the host has just taken the punch bowl away and the party is ending.

If you are going to work from the notions that "the trend is your friend" or "don't fight the tape", you can do really well if and only if you have specific criteria for yourself as to how you are going to decide that the trend has changed or the tape is going the other way.