No doubt, relationship problems can make your life miserable, or they can be the stimuli to make it better and better.  Who wouldn't want the potential good stuff?

So, what kinds of things lead to getting the most out of your relationship?

You may have read articles reporting that relationship counseling at best is unlikely to help and at worst can destroy a relationship, but those often don't say what the "counseling" entailed.

I suspect that those approaches were focused on the problems, on communicating better, on finding compromises.

Each has its inherent limitations.


A useful way to think about relationship problems is that they occur when those "two sets of baggage" collide.  It not only goes with the territory, it brings with it the highest potential in committing to being with another deeply.

UrbanDictionary.com defines it as "the shit people go into relationships with. ie, kids, addictions, diseases."

Add to that list a life-long collection of attitudes, beliefs, and experiences that might be described in Urban Dictionary style as your rulebook for how things a "s'posed'ta be" and what's dangerous, including such topics as 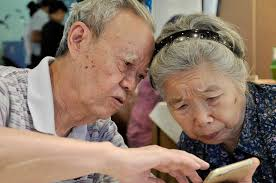 Get to a place where you feel good together, and you are very likely to look around and wonder where that problem went or to be amazed at how easily you solved it without even noticing.

Each of these has its own adherents and success stories. I have found all of them to be very helpful. The key is to find the one that feels right to you.

In Solution-Oriented Brief Therapy you are called on to acknowledge that there are relationship problems that you are focusing on, and probably have been focusing on for a long time, . . .  but that keeping your attention there doesn't go anywhere.

You are encouraged not to focus on and analyze your current and past problems, but rather to look forward, finding such things as

It is a potentially powerful approach. Particularly when undertaken with the guidance of a therapist skilled in its application. This approach is perhaps best known from the book Divorce Busting.

The Psychology of Mind people, taking their cues from the writings of the Theosopher, Syd Banks among others, agree that looking at relationship problems should not be the troubled couple's focus. Rather, they should do what they need to do to keep their moods up and to help each other feel secure in the relationship. They are encouraged not to talk about their problems when they are feeling down. Act in warm, supportive, understanding ways with each other and the solutions to the problems will occur in their own time and ways.

Again, this approach has its supporters and success stories and is worth consideration. It is described in Divorce Is Not the Answer and The Relationship Handbook.

Finally, there are those who view the stresses that people experience in intimate relationships are perfect signs of where each person needs to put his or her attention for personal growth. This is the group that may describe partners as our best gurus, or as messengers showing us where we need to do some personal work. This approach involves accepting emotional reactions to our partners as a message that is a gift to us, a mirror of our inner needs. It then is used in personal work, usually with a meditative, inwardly focused tone.


Michael Brown's The Presence Process offers a workable self-help approach to improving your ability to be in relationships lovingly and effectively.  It is a bit too "New Age" for some people.  You might want to take a look at one of his videos to see if his style is something that might work for you and help you get on a positive path.


Stephen and Ondrea Levine's Embracing the Beloved, is beautifully written and I found myself nodding in agreement throughout, but speaking strictly for me, it wasn't clear what I would DO after I finished it.

Each of these is discussed in more detail on this site and can be reached by the links on this page.  Of course, you can also do a web search using the titles or authors' names.

In any event,  I strongly encourage you to get your attention off of solving relationship problems and onto the relationship itself in one way or another.