In a nutshell, smoking is bad however you look at it. 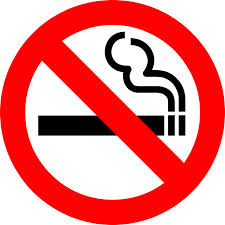 
Not smoking is the single most effective thing you can do to prevent unnecessary disease, to limit the impact of diseases you may encounter, and to raise the odds that you will have a long life.

Of the six factors that Dr. George Vaillant discovered that made the most difference between people over 50 who were in the "healthy happy" group or the "unhealthy unhappy" group in his studies of adult behavior at Harvard, as described in his book Aging Well, it was at the top of the list.

Tobacco use attacks you from lots of directions. 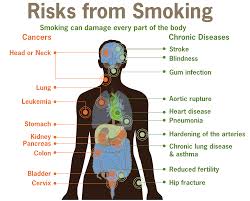 The American Cancer Society has estimated that it is a factor in one of every five deaths in the United States, or more than 440,000 deaths each year.  The latest Surgeon General's Report as of Spring 2015 named 21 diseases that contributed to these deaths.  The list included 12 types of cancer, 6 categories of cardiovascular disease, diabetes, chronic obstructive pulmonary disease, and some pneumonias.

Alternatives such as smokeless tobacco, cigars, and pipes, however, also have deadly consequences, including lung, larynx, esophageal, and oral cancers.

And for those who wonder about just cutting back or substituting a safer form of the weed, low-tar cigarettes and other tobacco products are not safe either.

Not smoking is a gift to everyone around you too. 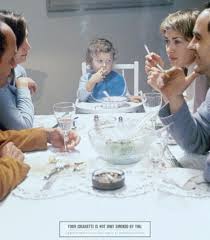 As if all this weren't bad enough, the harmful effects of smoking do not end with the smoker. Babies of women who smoke during pregnancy are more likely to have lower birth weights, an increased risk of death from sudden infant death syndrome, and respiratory distress. In addition, secondhand smoke also has harmful effects on nonsmokers. Each year, primarily because of exposure to secondhand smoke, an estimated 3,000 nonsmoking Americans die of lung cancer, and more than 35,000 die of heart disease. Each year, an estimated 150,000–300,000 children younger than 18 months of age have lower respiratory tract infections because of exposure to secondhand smoke.

If you use tobacco, quit!

There is help with getting off a nicotine habit. Whether it is smoking or some other method, this is a highly addictive substance.  Once used to getting nicotine, the mind-body system doesn't let it go easily.

A good place to is with the Quitting Smoking page of the National Institutes of Health information website.  There are excellent links from there.

Return from Not Smoking to Aging and Relationships