Lists of infidelity warning signs seem to be everywhere: on the internet, in magazines, in newspapers, and on television. Whether they have it right or not, they do provide a picture of how affairs tend to show themselves as evidenced by the stories of people who have been through them, . . . but how applicable is this information when you're over 50, 60, or 70? There are reasons to take this information seriously and also reasons to take it with a grain of salt, to use it wisely. Remember well that while it is quite possible to predict what a large group of people or couples is probably going to do, but devilishly hard to do the same with one person or one couple.

Given the reported incidence of affairs of various types, all of this coverage of what kinds of clues affairs drop apparently isn't doing much to stem the tide, but that shouldn't be discouraging. You only have one relationship to safeguard and nurture. Being forewarned might just do the trick for you and yours . . . as long as you don't get paranoid and start a problem where there isn't one.

At the heart of using infidelity warning signs in a positive, proactive way is to be aware of how you and your partner are relating to each other and noting even small changes so that you can do something about it. People who go outside their committed relationships are seeking fulfillment of desires that in their estimation they can't get within the relationship. How many times have you heard one member of a couple say 'she'd never do that' or 'he'd never do that,' but when asked will readily admit that they haven't brought the subject up?

As I said at the outset, there are numerous lists of clues that affairs are happening or are at risk of starting and I encourage to read several to get the gist of it. 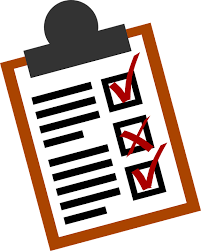 In case you don't want to spend the time doing that, I have pulled together a sort of digest of the kinds of things that could be spelling trouble. Notice that they key concept here is to be aware of changes. This kind of information could fit you to a "t", or it could be completely off base.

Does your partner seem to be --

If you've answered "yes" to one or more of the above questions related to infidelity warning signs, you have to decide what you intend to do.

A lot of people have found that a good place to start is with an online resource like the materials available from Dr. Robert Huizenga such as his free e-mails series' or his e-book Break Free From the Affair.   It's available immediately and a lot less expensive than a therapist.

To get more information on those

You also might find something helpful at a site such as the American Association of Marriage and Family Therapists' (AAMFT) which has lots of free information.

The decision of what to do next is yours.

You must not put it off too long, but the danger initially is more on the side of acting too quickly and being impulsive. Take some time to settle down and collect enough facts. Only then can you focus your response in such a way that whatever happens in the end, you have handled your part with as much integrity and dignity as possible in the situation.