Illusion of Control Bias
Also known as the Lotto Bias 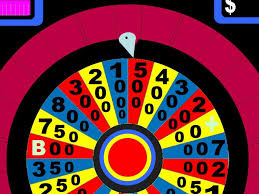 The illusion of control bias is one of the main factors making the lottery game Lotto so alluring and successful in making money for the state-run lotteries that offer it.  In this game, the players buy a cheap ticket, choose several numbers, (usually somewhere between five and seven numbers,) and if all of their numbers are drawn, they win a sizable prize.

It has been observed that people who pick their own numbers are willing to bet more and do it more often than when random numbers are chosen by a computer for them . . . even though it is no secret that winning numbers are also chosen at random and that the chance of any number being chosen is exactly the same as any other number.

For a really nice presentation of randomness that you can relate to lotteries and markets and flipping pennies lots of times,  take a look at the probability machine, Quincunx.  Take special note of how skewed the results can get when there are just a few random results and then how they get more an more predictable when lots of balls have fallen.

Another part of the attraction to games like Lotto is that the ticket is very cheap and the prize is very large, and this is inherent in speculation in the markets too, but it is not what we're looking at here.

The illusion of control bias can be thought of as an effort to manage anxiety in an inherently uncertain situation.

This creates anxiety.  Your cognitive systems are using your mind and body to tell you that you are in a potentially dangerous situation and you'd better be careful.  And, of course, this is accurate.

There is a quick way to turn that discomfort off or tone it way down.  That is to respond to it saying that, on the contrary, you have everything under control because:

Depending on your beliefs, all of these responses to the part of your mind warning of danger are effective to some degree or other for a while.  The do work . . . sort of . . . for a while.

The business media feeds into this misguided quest for certainty.

The power of the illusion of control bias is demonstrated everyday in interviews with successful investing professionals in any medium you choose: television, print, internet, radio.  The customers want to know what to do, which things to buy from someone who knows.  And, since these are men and women who take large amounts of money out of the markets regularly over long periods of time, they must know what to buy and sell.  They dutifully provide picks for the next quarter, the next year, the decade.

Apparently, in the investing/entertainment business, you can do very well feeding into the lotto bias, but is this how these men and women make money when they invest or trade?

How do the pros actually make all that money? 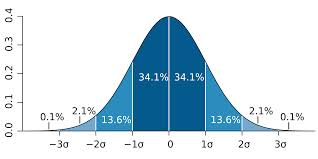 For one of the best answers to that that I am aware of, read any of Jack Schwager's books, but especially Market Wizards

and listen to what successful people say about what they do to make money in the markets. (Sometimes it's even the same people who are giving tips on television.)

They have systems that work on probabilities, keep losses small, and let gains run.

Notice that whether they mention it specifically or not, they have found workarounds to avoid their own illusion of control bias (and other biases also mentioned in the Retirement Investing section of this site.)

Bottom Line:  while there is no certainty in investing, you can go about it in ways that you don't fall into traps set by your own cognitive biases.